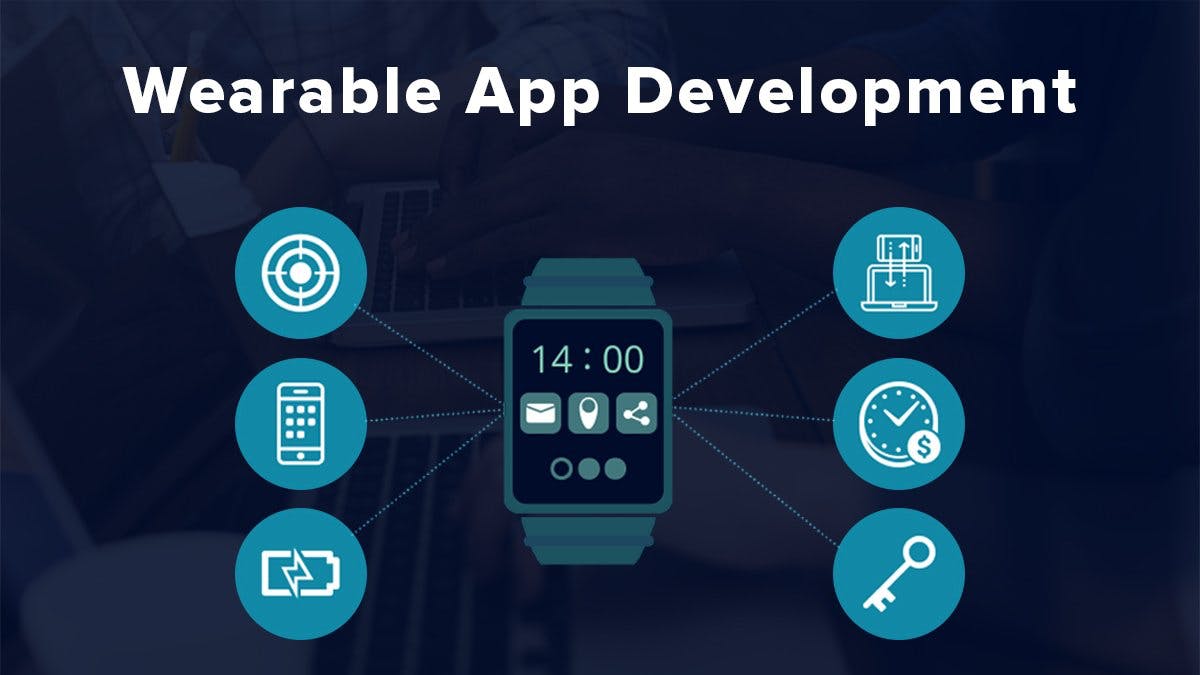 What’s the world without technology? It is like dough without flour; incomplete, bland, and unacceptable. Technology rules the world and makes living easier and better. It is no longer news that the world has gone digital and to this end, there has been a constant improvement, technology-wise.

Application (App) development has become the mainstay of the world of technology, the gaze has shifted from just enormous hardware to sophisticated software with portable hardware.

Talk about fitness tools, smartwatches, smart glasses, etc. Wearable devices have come smart and smartphones now have a concubine to deal with. The reality is that there are innovations and amazing trends as regards wearable app development but not all the products that are put to market would dominate the market or even last in usage and application.

However, many of the wearable technological tools have come to stay and by the virtue of constant development, such wearables would overtake smartphones sooner than later.

The development of apps has been one area of technological improvements that cannot be overlooked. The days of gigantic monitor and CPU has gone and replaced with very small and portable laptops and then mobile phones. Also, very soon, mobile apps would be replaced by other amazing technological tools and utilities.

One of the latest development in hardware production for apps is the wearable device. Wearable devices are small devices that most individuals wear on a normal day. These are devices that the average person would normally wear all day long. They have now been turned into hardware for properly designed apps.

It is amazing to see that such wearables as a wristwatch, finger rings, glasses, can now perform smart functions because they have been infused with amazing apps. The need for swift innovation in the aspect of wearable app development cannot be overemphasized.

Initially, the wearables started as not being useable without a connection to a mobile phone. Now, most wearables are designed to work alone. This innovation is one of the top 10 mobile app development trends that would dominate the world of technology in 2021 and beyond.

The use of wearable technology is expanding as days turn to weeks, weeks to months, and months to years. There is high hope that based on this fact, the wearable app development niche would receive and dispense tremendous mind-blowing changes that would drop the jaws of users.

The trend of wearable app development in 2021 is game-changing, and this is without mincing words. Smartphone users should get ready to shift to wearables, as they would soon become the mainstay.

The ultimate game-changer is that wearable apps would takeover from smartphones because they can perform smart functions independently and without connection to any other device.

Wearable app development would increase the demand for the Internet of Things (IoT).

Also wearable devices would becomes a popular and valid means of Payment, acceptable and secure for transactions.

With technological advancement affecting the modes of payment and governmental policies heralding the cashless means of payment. Soon wearables would become the main stay in the world of business and commerce, where individuals would be able to make contactless payments using their smartwatch, smart glasses, and rings, etc. There is no gainsaying there would be a significant advancement in wearable app development for this purpose.

With such well-designed apps, wearables would become linked to computer systems and make payment and delivery hassle-free, and speedily achieved.

Wearable devices are soon going to become effective tools for global positioning systems and tracking. Global positioning system which is employed for usage in organizations like traveling agencies, to determine the location, distance and duration for each journey. Smartwatches would begin to carry out this function seamlessly without reliance on mobile apps.

Some smartwatches have been designed with camera and gallery functions. That’s a mini-camera at hand. This is one of the game changing trend of wearables.

Further more, data collection would be made much more easier with the wearable app development. Through the use of wearable devices and apps, data collation and collection would become a lot easier, in that users would provide their data when they commenced usage. This also brings to mind the fact that wearable app developers would go the extra mile to make the wearables secure for usage and ensure that the level of privacy ensures it is of a high standard.

Data collection for health emergencies would become as simple as A, B, C, in a world where wearables are the mainstay. This implies that everyone wearing a smartwatch is putting on a device that can aid the saving of his or her life in any case of a medical emergency.

With advancements in the wearable app developments, users are now to be ensured of speed of operations.

Wearable app development is shifting fast towards the area of speed. Users would now enjoy the speed of operation and transactions as numerous screen clicks on smartphones have been replaced with a single click on a smartwatch.

It is obvious that there is a serious advancement in wearable apps. Innovative developers are working tirelessly to ensure that users are able to get the best from their wearable smart devices.

There are some challenges as regards the wearable devices, and if they can be overcome, the app development for wearable smart devices would be game-changing.

The icons and screen details of wearable devices like smart watch are tiny. To overcome this, developers need to work hard to ensure that all users or at least the average user can discover, understand and utilize the tiny icons. The aim is not to under use the device but to exercise it to its full potential.

The issue of ensuring similar functionality of wearable apps with mobile apps is soon going to be overcome totally, as these wearables are going to stand alone. To this end, mobile apps and smartphones may soon become displaced altogether, in which case wearables would dominate their technological niche.

It is beyond a prediction to state the fact that wearables such as the smartwatch would become smarter in 2021 and as the years roll by; it is a statement of fact.

Smartwatches and other wearables alike would soon become independent enough to provide users with a mole of information and an exciting usage experience.

Interestingly the smartwatches have been used to monitor personal health details like heart rate, and the likes.

It is expected that they would become so smart as to be able to monitor blood glucose levels, stress level and help users determine which of their daily activities that causes more stress.

As demands increase for wearables and technology advances so much in that direction, app developers and entrepreneurs must be aware of the fact that wearable app development is a profitable venture particularly in 2021 and beyond.

These developers must know that wearable apps are tiny. Thus, all the features and functions of the wearable app must be made in a way that users can discover it and easily use it. In 2021 and beyond, the trend would shift towards the manufacture of solely dependent smartwatches and other wear bales alike that needs no connection to a mobile device. Such wearables would be intelligently designed in a way that tiny icons and display would be easily interpreted by users to carry out the array of functions the device was made for.

A big challenge has been thrown to game app developers. This is simply because these apps have been designed to also integrate with wearables like the smartwatch. Whether it is Apple or Google smartwatch, users can now play games on the go, I.e. With the smartwatch strapped to the wrist.

Game developers would now have to be more innovative to make their games suitable with smartwatches in such a way that when mobile phones become obsolete they wouldn’t go out of business. Studies and statistics also show that the revenue generation from (wearable) apps development would skyrocket as wearables dominate the market.

A lot of tech giants are working hard to ensure that wearable devices cause a revolution in the digital and medical world. Such tech giants include Microsoft, Apple, Lumo, Fitbit, Xiaomi, Nokia,   Samsung, etc.

Latest devices that supports the trending wearable app development include:

In conclusion: wearables have truly come to stay; developers and users must take cognizance of this reality. The pattern of trend is such that the wearables are on a path to holding the forte and saying goodbye to dependency on mobile phones.

Users are also to expect a swift change in wearable apps as innovation meets trend.